Executives on social media as much as their staff

As companies crack down on social media usage in the workplace, one aspect being overlooked is the fact that senior leaders are just as susceptible to the siren call of Facebook, Twitter and WhatsApp updates as their junior colleagues, and that the impact of top-level time wasting is potentially more serious for both the individual and the company.

As companies crack down on social media usage in the workplace, one aspect being overlooked is the fact that senior leaders are just as susceptible to the siren call of Facebook, Twitter and WhatsApp updates as their junior colleagues, and that the impact of top-level time wasting is potentially more serious for both the individual and the company.

Debbie Goodman-Bhyat, MD of Jack Hammer Executive Headhunters, says a recent survey showed that 89% of employees admitted to wasting time at work. But this phenomenon is not restricted to the middle to lower level workforce, she says.

Yes, your boss wastes as much time on social media as you do! 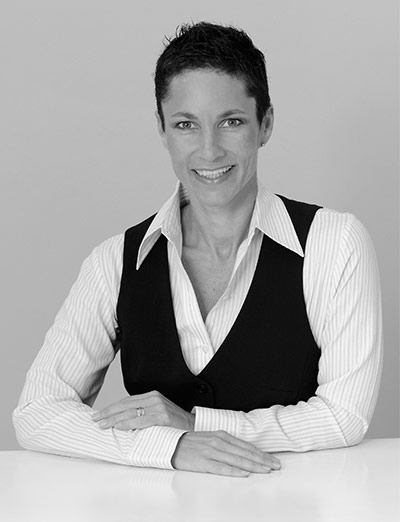 “Executives are no different to the rest of the working population, even though they are generally more engaged than their junior colleagues. They occupy ‘high-demand’ roles, with back-to-back meetings and time pressures, so they have less time to be idle.”

“However it is not unusual to be in meetings with a company’s top leadership – CEOs, executives and senior managers – people driving substantial organisations or big business units, who sit with open iPads and smartphones, texting, ‘WhatsApp-ing’ and scanning Facebook during the session. Similarly, it is not unusual for executives to be putting together major contracts and proposals while continuously also hopping back to their browser or smartphone for some light distraction.”

Goodman-Bhyat says although many will argue that this is the age of multi-tasking, and that execs can handle several streams of information at once, it is a fallacy to believe that such time-wasting is harmless.

“For both the individual and the company, the price is quite significant,” she says.

But it is not only the actual time spent doing something else that impacts on effectiveness at work. It is also the time spent regaining focus on the task at hand, and the inability to fully focus on work, that drags down performance.

Former Microsoft and Apple exec Linda Stone coined the term “continuous partial attention”, to describe the phenomenon behind this kind of drain on productivity.

The American Management Association notes that the very word “multi-task” is a misnomer, quoting Jordan Grafman, chief of the Cognitive Neuroscience department at the National Institute of Neurological Disorders and Stroke and Hal Pashler, a professor of psychology at the University of California:

“There’s substantial literature on how the brain handles multi-tasking. And basically, it doesn’t… What’s really going on is a rapid toggling among tasks rather than simultaneous processing,” says Grafman. Pashler’s research found that thoughtful actions, such as decision making, must be performed one at a time.

If workers are engaged in multiple activities at once, they’re performing more slowly and less accurately than they would if they focused on each task until it was finished. Even those who pride themselves on their multi-tasking skills are not immune, says the AMA.

Goodman-Bhyat agrees that the concept of multi-tasking is a myth.

“If you are not fully engaged in a task, it not only takes you longer to complete the task, but you are also not completing it with your full intellectual resources harnessed. The end result is that, although execs may be completing what they need to complete, they are taking longer to do so, and not to the best of their ability either.”

“It ultimately boils down to reduced productivity, which negatively impacts on work-life balance as work tasks spill over into what would generally have been personal downtime.”

“It is time for executives to realise that although they think they are in control of their juggling act, it would do them well to have an objective look at their work habits – particularly if they are feeling overworked and constantly left with an endless to-do list at the end of their day or week.”

“In this age of distractions, discipline is an invaluable skill to nurture, and it will pay off handsomely in executives’ professional and personal lives.”

When you say HR Guru in the Philippines, one name immediately comes to mind: Nic Lim.